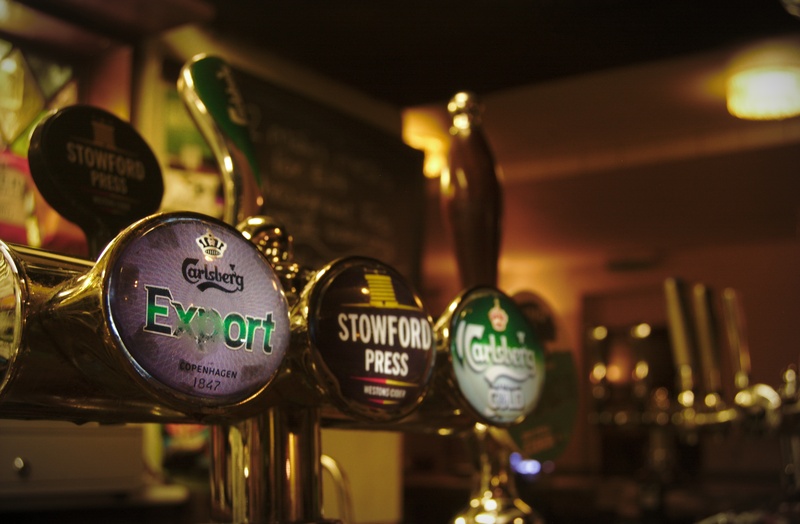 Pumps, II. So I actually broke my 18-55mm lens a little while back, by dropping it (with D2H attached, which survived unscathed) on the way home from seeing the Norfolk Arena Drift Team. If I wanted to sound much more interesting than I am, I'd tell you that I was photographing drift racing and I broke my lens, which is technically entirely true!

Anyway, the lens barely works; the AF is barely-functioning, the filter ring is dented, and the lens appears to stop down to about f/16 if I zoom to 55mm. I kept it around because I had a deal with my friend that if I took an awesome photo with the ancient 2.7 megapixel Nikon D1, then he (an excellent musician) would agree to play with the guitar he already had rather than buying another. I thought it'd be even more fun to take the challenge with an ancient camera and a broken lens.

I rather like this, despite the noise, which was shot in the Willoughby Arms in Little Bytham (which I also like). I even like the old D1; if you shoot it carefully under favourable conditions, and process raw files just as carefully, the results can look awesome.

Hey Alan, you don't need a new guitar. (Said the guy who has actually lost count of how many cameras he owns.)

Next picture: Red and blue