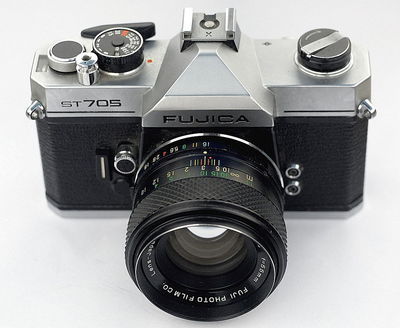 This is a Fujica ST705 which my folks picked up at a boot sale for £25, and which I have borrowed for now. It's a very simple manual SLR from the late 1970s. 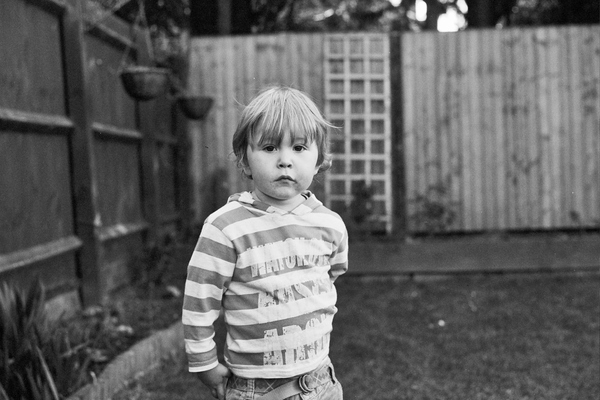 Andre goes B&W. Fujica ST705 and Fujinon 55mm f/1.8 shooting Ilford XP2 black-and-white film. As ever, a plug to Wolfy's in King's Lynn for doing an awesome job of scanning.

Focal plane, cloth (I think, I don't care to check right now because I have a film loaded). Weird top speed of 1/1500, then 1/1000, then in one stop decrements down to 1 second plus Bulb. Weirder: you can spin the shutter speed around past 1/1500 and it'll go back to B. I'm not sure if I like this or not. Also, the shutter speed dial is too close to the shutter button for my tastes.

The Fujica uses the M42 screw mount, which is manual focus (not to be confused with later Fujica cameras, which use a bayonet mount). Fujinon M42 lenses have a coupling that permits open-aperture metering! Better yet, they actually lock into place when fitted to the ST705, so a sticky focus ring won't cause the lens to unscrew.

If you want to use this with lenses without this coupling (meaning pretty all M42 lenses that aren't made by Fujica), set the lens to your desired aperture and hit the DOF preview button while metering. Sort of awkward; I should go three decades back in time and convince the Fuji folks to make the DOF preview button work the meter as well.

Mine came with a 55mm f/1.8. There's a weird yellow colour on the elements. Reader Simon Berry says this is down to radiation and points me at this page which might assist you in remedying it; I've only shot the ST-705 with black and white film (where it's actually helpful) and colour negative film (where it doesn't matter). No comments on sharpness, other than that it looks great to the non-pixel-peeping me. There's quite a bit of light fall-off (darkening towards the corners)wide open:

Light falloff on the Fujinon 55mm f/1.8; note the darkening towards the top corners.

And I don't care. I think fall-off looks great, which is why I often add it to my photos deliberately. 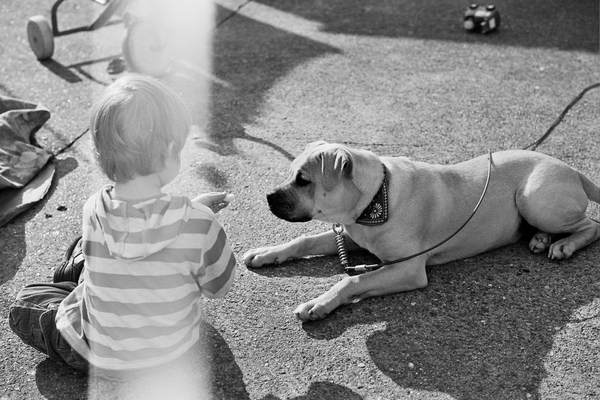 Sharing. Fujica ST705 and Fujinon 55mm f/1.8 shooting Ilford XP black-and-white film. The stripe you see comes from an inconsistently sticky shutter. It doesn't bother me much, and I think it makes the shot.

Needle in the viewfinder, seems pretty accurate. Probably center-weighted. Half-press the shutter button to meter; as said earlier, you need to press the DOF preview button as well to meter with non-Fujinon lenses. I don't like the feel of the shutter button; a "half-press" to meter is far too close to a "full press" to fire the shutter. I've mis-fired shots a couple of times because of this. Hey, it's 1977 here, so we can forgive things like this. Again, with Fujinon lenses you get open-aperture metering. Yay!

The meter takes two batteries, these are SR44 batteries according to this guy. Mine are marked SG13. You can probably pick up a ton of these on Fleabay for a tenner or so. I got new ones free with my camera.

The meter seems accurate enough. I think Keith Loh is a pretty cool guy, eh shoots slide film with it and doesn't afraid of anything.

Big and bright, as you'd expect from a real camera. Split-screen, microprism ring and ground glass focusing aids. I've not gotten a single shot out of focus with it under reasonable circumstances. You have the needle meter and nothing else; no shutter speed or aperture displays. If you're used to cropped-sensor DSLRs, the huge bright finder will make you feel all warm and fuzzy inside, as with any 35mm film SLR. 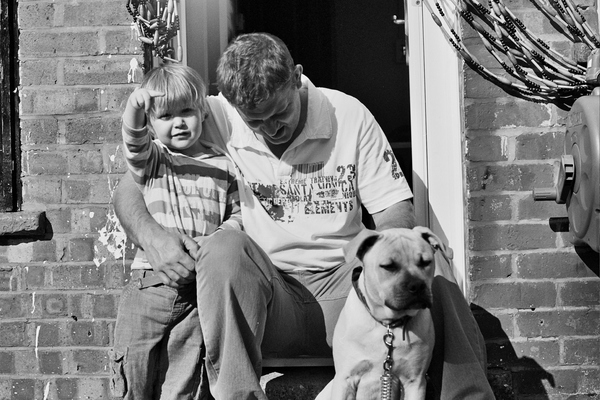 My folks bought this with four lenses and a bag at a car boot sale for £25. You can pay more than that for one in perfect condition, but you're still going to be looking at a fraction of the latest compact-camera-of-the-week. These show up on eBay from time to time. I wouldn't go out of my way to find one of these, but if you see one and like the feel of it, go buy one; it's pretty much as good as basic fully-manual cameras get.

The Praktica MTL3 takes the same lenses (with the loss of open-aperture metering), and is probably a lot tougher.