Pentacon 50mm f/1.8, attached to a Praktica MTL3 as the Lord intended.

Optics: ★★★☆☆
Not that sharp at wider apertures. Weird bokeh. Flares a lot. Great close-focus.
Ergonomics: ★★★★☆
Works just fine! Some people hate the focus ring.
Build quality: ★★★★☆
Metal, as everything should be.
Value: ★★★★★
So cheap that it might as well be free, and sometimes is.

This is the Pentacon 50mm f/1.8. It's not a particularly great lens optically, but it's also ridiculously cheap, and even works on a whole bunch of digital cameras via an adapter. You would have got one with your Praktica camera in the 1970s and 1980s; I doubt it would have been sold separately.

Jump to: Compatibility | Use on digital cameras | Build and ergonomics | Variants | Diaphragm | Optics | Bokeh | Close focus | Buying one | Around the Internets

This will work on all M42 screw-mount cameras.

Fujica's weird M42 cameras that permit open-aperture metering, like the ST705, will require that you push both the shutter button and depth of field preview button to meter. That's Fuji's problem, and not one with this lens.

You can switch between automatic and stopped-down diaphragm, so this will also work fine on the most primitive M42 cameras that do not have an auto-diaphragm mechanism. All variants of this lens have an automatic diaphragm.

The lens takes 49mm filters and caps, which is the same as Pentax's shorter lenses. (I use a Pentax lens cap.) 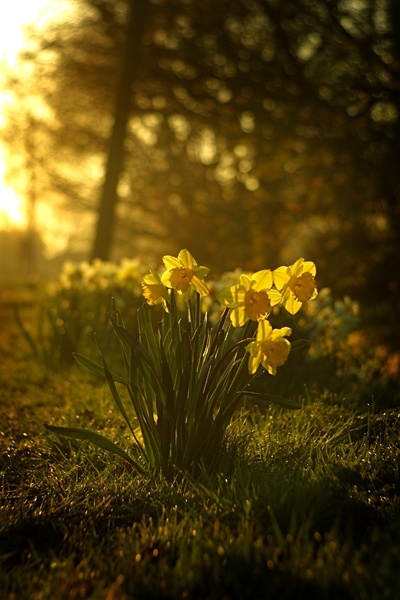 Use on digital cameras

Warning #1: Full functionality on some cameras will require that you buy an M42 adapter with a chip attached which will tell the camera that you have a lens present. Doing this can destroy your camera, and at the very least will void your warranty, so use at your own risk.

Warning #2: I read reports that the back of the Pentacon 50mm lens will hit the mirror of the EOS 5D when the lens is focused to infinity. I don't know if this is a problem with just the 5D or all full-frame Canon cameras, but please be careful out there.

With a simple mechanical adapter, this lens (like any other M42 lens) will work fine on Canon digital SLRs, though you'll need to meter and shoot stopped down in aperture-priority mode. For more accurate and faster focusing, get an adapter with a chip built in, which are slightly more expensive. These will tell your camera that a lens is attached, so electronic focus confirmation will work.

Pentax digital SLRs should work great in aperture priority mode; you'll get focus confirmation and metering without needing to resort to any tricks like gluing a chip onto the adapter. Pentax even made an M42 adapter, which is what I'd recommend if you can find one. Pentax is a serious optical engineering company that knows how to make this sort of thing to the required precision that you won't necessarily get from the Chinese machine shops that knock out Canon adapters.

Nikon SLRs require an adapter with optics for infinity focus, because the flange-to-focal-plane distance of the F mount is longer by about a millimeter. I'd avoid these adapters with corrective optics, but without such corrective optics, the furthest focusing distance with a 2mm-thick adapter will be about 0.94 meters with a 50mm lens; with a 1mm-thick adapter, this increases to about 1.53 meters. Someone should double-check my figures, but if I'm right, this makes it useless as a general purpose lens.

On top of the adapter, you won't get metering on most Nikon SLR bodies. From what I gather, the more expensive SLRs that can meter with AI and AI-S lenses will give you metering with these adapters; cheaper cameras like the D5100 will not. All camera bodies should give you focus confirmation. I have not tried any of this, and any Nikon 50mm f/1.8 lens (like the superb 50mm f/1.8D) will be much more useful on a Nikon body.

I don't know how this works on interchangeable-lens compacts like those from the Micro Four-Thirds system, but I'd like to know.

For use on digital, albeit at ten or more times the cost, Canon's EF 50mm f/1.8, Nikon's 50mm f/1.8D and Pentax's old manual-focus 50mm f/2 are optically far superior, if you don't mind paying a little more.

As this lens has stopped-down metering, you'll probably get more accurate exposure if you shoot it in centre-weighted mode. I'd guess that matrix/evaluative meters will get confused by the very dark image. 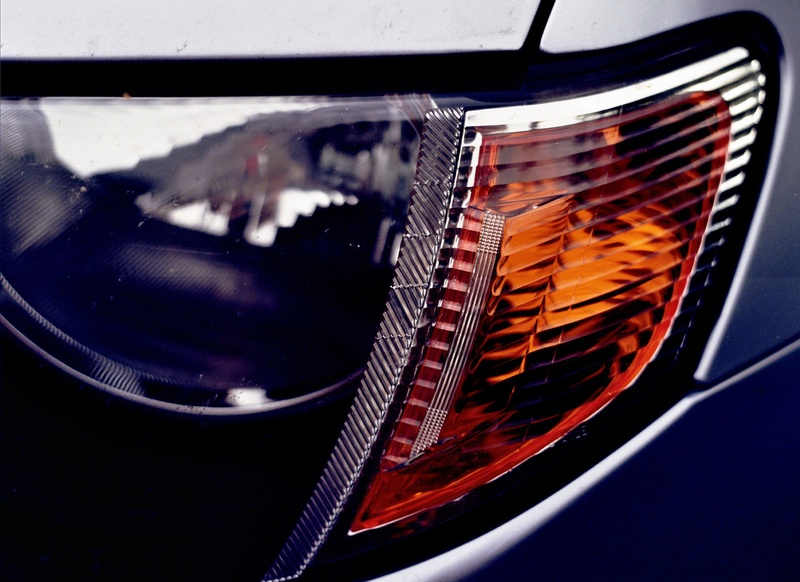 The Pentacon 50mm is well-built out of metal.

My focus ring has always been a little stiff. It was when I got it, and it was almost as stiff after being professionally rebuilt. I always have to keep a fingertip on the lens body while focusing to ensure the lens doesn't unscrew! I don't know if this is a problem with my lens or with all of them.

Focusing is very precise; infinity down to 0.33 metres covers about 320° on the focus ring! I prefer this to any of my Japanese 50mm lenses, which are not nearly as precise.

The aperture ring is a little sloppy.

I really like the font used for the lettering on the front of the lens.

This lens was made from 1960 through to 1990, with three major variants. The only big deal was the addition of multi-coating, otherwise the differences are mostly cosmetic.

Mine is a multi-coated non-"Electric" Pentacon lens, serial number 1256109. That's the one you see in the picture at the top. It's the one you're most likely to get, because it's the most common.

This lens is the same as the Meyer Oreston 50mm f/1.8, made from about 1960 to 1970. (While finding that out, Google's search phrase suggestions hinted that a lot of people misspell the name as Meyer Preston, so hey, have some search-engine bait.)

Later lenses are multi-coated, earlier ones (and all Oreston-marked ones) are not.

There is an "Electric" version of this lens which gives you open-aperture metering on the few cameras that support this feature. Otherwise, it's the same as non "Electric" lenses.

There is a version of this lens for the Praktica B-mount cameras. It appears to have the same optical configuration (double-gauss, six elements in four groups). Think of it as the same lens, except nothing I said above about compatibility will apply.

For whatever reason, these got sold under the "AUTO REVUENON" name as well. "Pentacon" is a much cooler name, but the lens is identical.

Here are all the variants I know about, in rough date order. This list isn't complete or definitive; let me know if you have a variant not listed here.

This has a six-bladed diaphragm. It only stops down to f/16, while modern 50mm lenses stop down to f/22. I rarely use apertures this small. 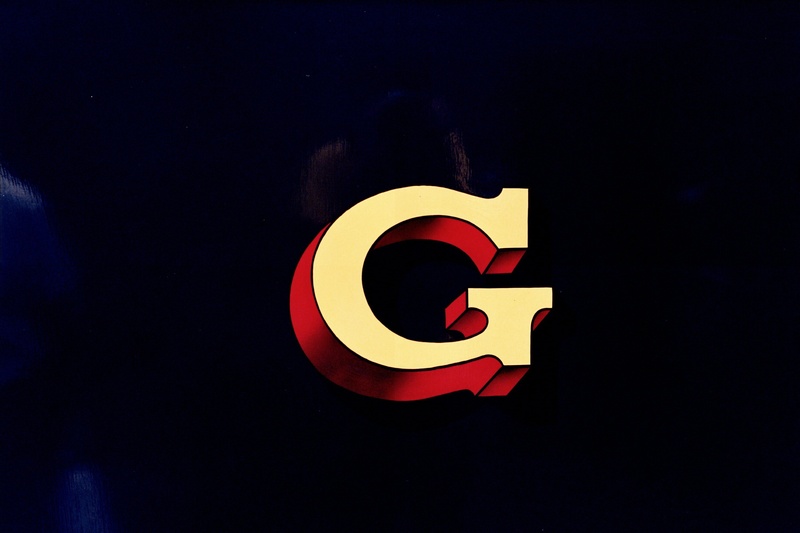 Sadly, the Pentacon 50mm is not especially sharp.

Contrast at f/1.8 is low, and it's fuzzy across most of the frame. You don't need to pixel-peep to find this out; it's obvious at reasonable enlargements if you compare it to performance at smaller apertures.

I always use whatever aperture I need to get the shot I want on any lens. If I have to shoot this lens at f/1.8 I do: 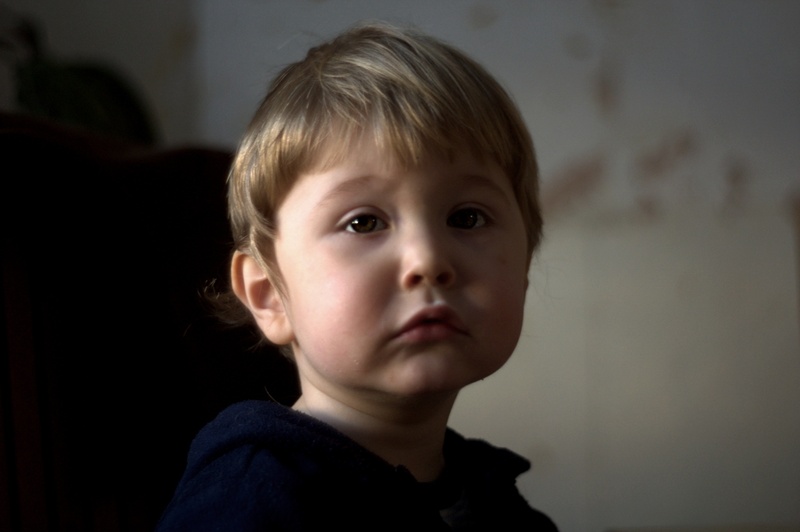 I have never noticed any distortion with this lens. That's not to say it has none, just so little that I won't notice it without contriving a test.

There is a little chromatic aberration.

Even this multi-coated version has plenty of flare, so be careful.

In some shots this looks awful, but in others it makes the shot: 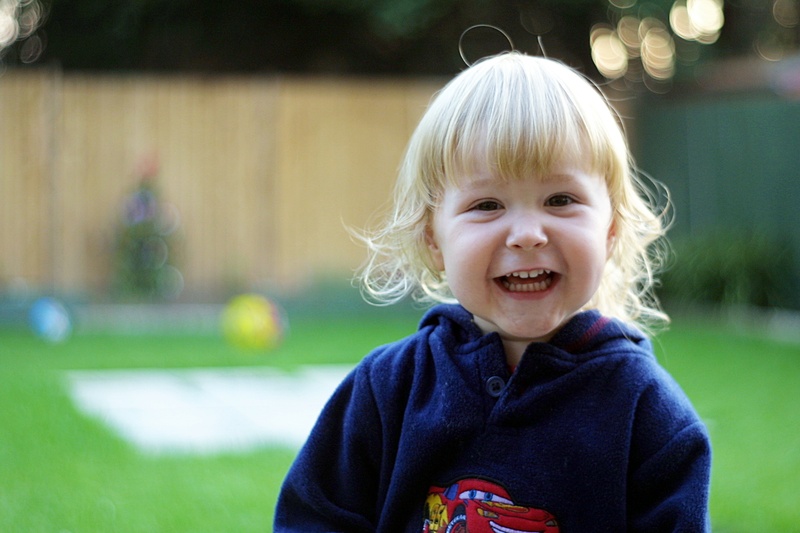 This lens focuses super-close. It'll go a tiny bit closer than the last marked metric distance of 0.33 metres, for a reproduction ratio of 1:4.8!

I should probably try it with an improvised extension tube to get even closer.

Use this with an adapter on a 1.6x Canon digital SLR, and you'll be able to fill the frame with a subject so small that you'd need a 1:3 lens on 35mm film. 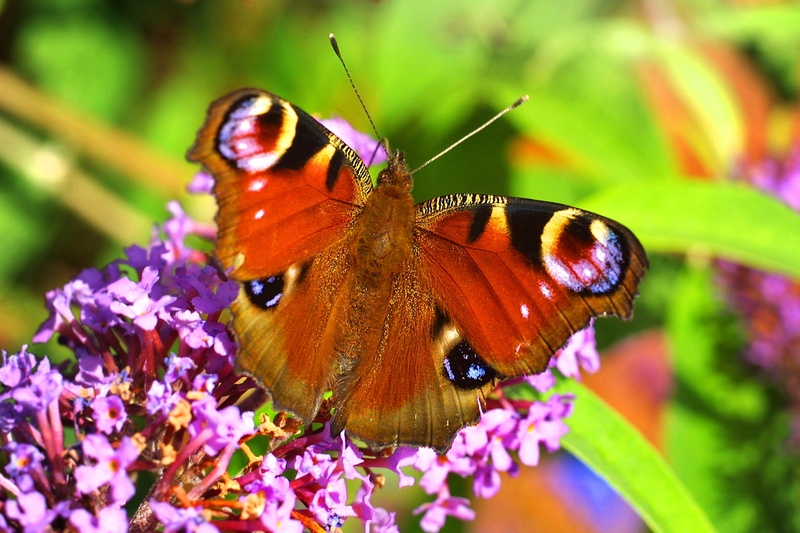 Across all its variants, these lenses are very common, and not particularly well-regarded, and thus it is probably the cheapest lens you can buy. You'd have to try hard to spend more than £20 on one in an eBay auction, and if you don't mind a little effort you'll get one for less than a tenner.

You want to get one free with a Praktica MTL 3. I regularly see MTL3-with-lens setups sell for significantly less than the price for which the lens alone sometimes sells, and the MTL3 is a very, very good camera.