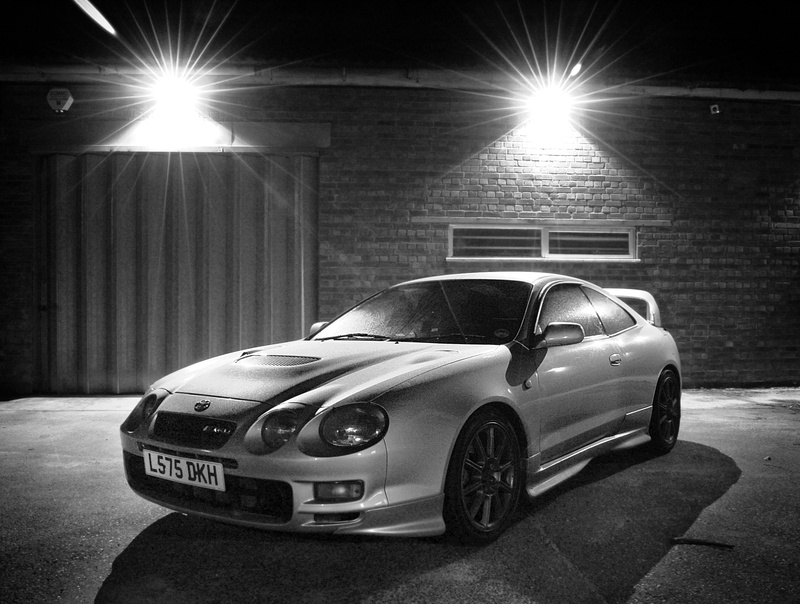 Toyota Celica GT-Four. So I thought the lighting outside the office would make a great backdrop for a shot of this GT-Four, but my flash was at home and I knew I'd end up with impenetrable shadows on the front of the car. So I got my lighting technician (OK, my brother) to fire the flash on his Samsung Galaxy S II camera phone a few times to paint in the shadows; because it was the camera phone at f/2.7 fighting my camera at f/11, I still had to lighten them quite a lot, bringing out a bit of noise in the process. Don't look too hard!

Once I'd balanced out the green from the ambient lighting, the shot was almost monochrome, so I dropped it back to black and white. On the one hand I think it makes it stronger; on the other hand I'm worried that I've fallen into the trap of "anything - colour = instant art".

Gorgeous car, though. And look at the great spikes from the 18-70mm's diaphragm at f/11!

Previous: The Mother of All Beetles

(from the gallery Vehicles)