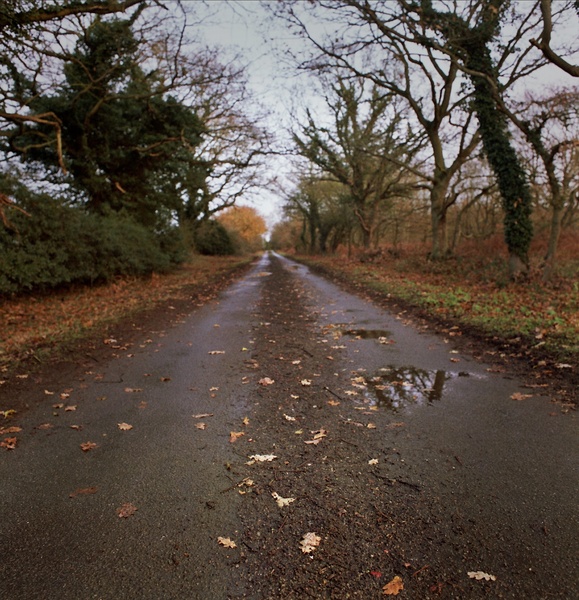 Road, Tottenhill Row. Wow, who thought film that expired in 2005 could look so good when shot and developed in 2012?! My homeboy at Wolfy's in King's Lynn has an Agfa d-Lab scanner which is just amazing for correcting for terrible colour balance. No wonder Fuji's X100 is reputedly so good at correcting for terrible lighting; Fuji, along with Agfa, have been the world's foremost experts in making awful shots from colour negative film look great. Of course I had to do a little contrast correction and selectively lighten/darken a few bits, but that's the case with digital too.

Film: always perfect, even when it expired seven years ago.

(Have you noticed that even though I was shooting at f/8 the background still has a pleasant blur? That comes with shooting a medium-format camera. I explain all this over here.)