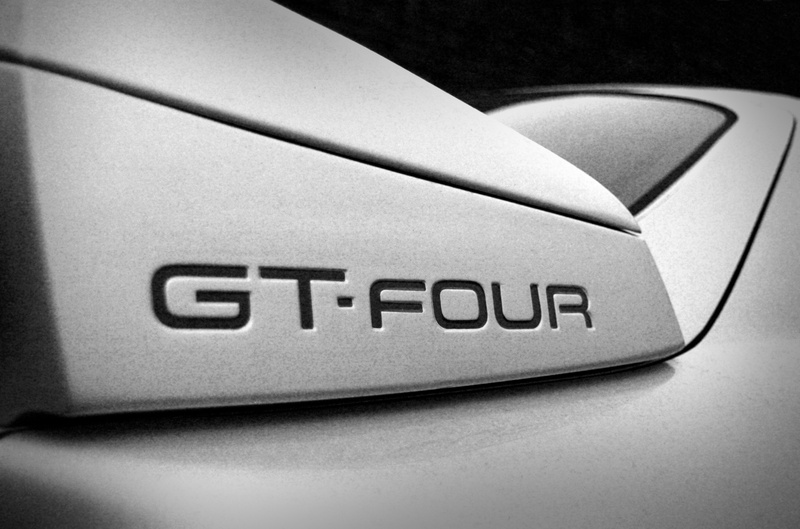 Japanese Perfection. "Japanese Perfection" refers to the car (a Toyota Celica GT-Four), not the camera, but of course the camera comes very close. So the first thing about this: It's noisy. Nope, the Nikon D2H has no visible noise at any reasonable ISO, but I shot this all wrong and had to do some pretty extreme curves to get the contrast to where it should be, and of course increasing contrast makes noise more visible, by definition. I could use some noise reduction on this, but I've never seen noise-reduction plugins that work right.

Some people don't notice this before I point it out, just as they don't notice that the G is just outside of the depth of field. I could paint this as an intentional decision to emphasise the "four", and if I retook the shot I would probably do just the same thing, but nope, an accident.

And hey, the GT-Four is actually perfect.

(from the gallery Vehicles)