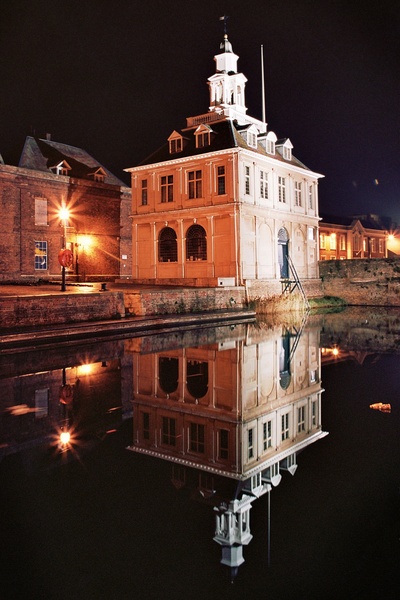 Customs House, King's Lynn. So I cheated here. Oh dear, I do feel bad when I edit film scans, but I did, and that's why I'm telling you about it. I had to clone brush out a little bit of pavement. Also, there's no noticeable fall-off on the FD 28mm f/2.8, so I added some (when dropped against the black background, this might have been way too much of it). Sorry everyone.

Also this is probably boring. Still, I think it looks better than all the boring HDR shots that everyone else does, including me when I first played with digital and realised you could do three exposures for free and that I, too, could go around taking the same HDR shots as anyone else.