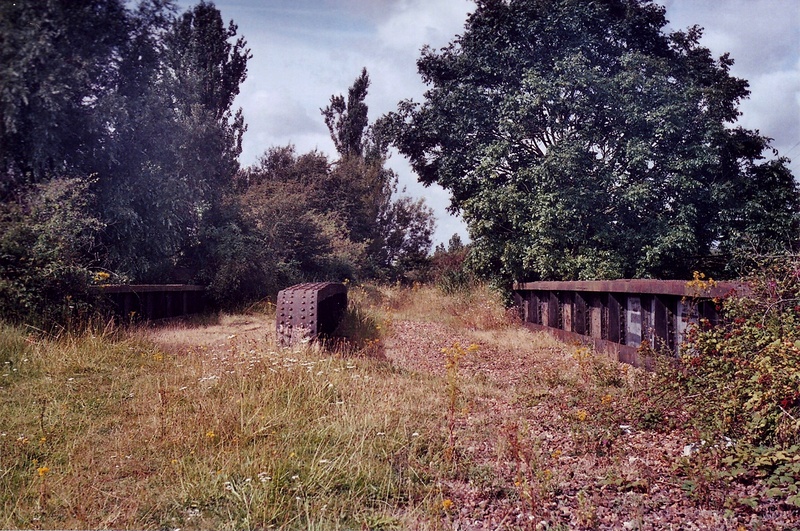 Bridge in South Lynn. Or, why film is awesome, part II. Check this out kids: This was shot on a 1954 Voigtlander Vito B, using Kodak's cheapest (Gold) film, with a guessed focusing distance and a guessed exposure (the Vito B has no meter and no focusing aids). I then shoved a print from that crappy film into a crappy flatbed scanner and ended up with this.

Woohoo, you can get more dynamic range and better colour from a crappy scan of a cheap Boots print from a crappy film than I've ever seen coming from digital. Isn't that special?