This is the Yongnuo RF-600TX transmitter and RF-602RX receiver, collectively known (when sold with one receiver) as the RF-602C. They are a set of cheap and flimsy radio triggers which work great for taking your flash off-camera on the cheap.

You'll have to forgive the bad photo above; I would have shot at f/11 and lit them with off-camera flash but, well. To make up for it: 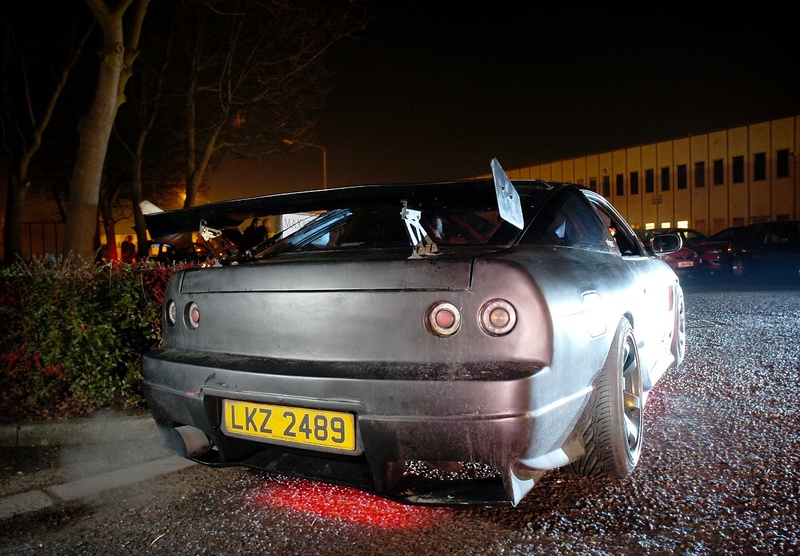 The Yongnuo triggers aren't very well built. They're plastic and they won't survive much abuse. So don't abuse them, and if you're using a heavy flash gun, pick up your light stands by the flash. If you're using both heavy stands and a heavy flash (in which case you're probably not the kind of chap or chick to cheap out on radio remotes), grip your stands by both the flash and the stands when you move them around.

They're made in China, and probably proof-read in China, too. I find it charming that the packaging and instructions read like a doge meme more often than not, like Yongnuo's catchy corporate motto:

On a serious note, there are a couple of problems with the construction of this flash that you should be aware of.

First, there is no lock on the foot of either the trigger or the receiver. For the trigger this is fine; it weighs so little that you won't worry about it. However, for the receiver, this becomes a serious problem if you have a flash stand head into which the hot shoe of a standard flash should slot. If you're using a heavy flash gun and your head is pointed at an angle, it's very possible that your flash will simply slide out of the shoe onto the floor.

Secondly, the foot of the receiver is very, very thick. It barely goes into the hotshoe of my cameras. Because it's so much thicker than normal hotshoes, I recommend that you don't use the kind of cheap flash stand head that clamps inwards onto the shoe of a flash. It will not hold your receiver firmly! I'm talking about the kind of clamp that looks like this:

I've learned this the hard way, which might have killed one of my flashes had it not miraculously landed softbox-first onto concrete.

All of this is okay, because the receivers have a standard 1/4 inch screw thread on the foot! If you're not shooting with umbrellas, the easy solution is to buy yourself a couple of cheap aluminium tripod quick-release tripod ball heads and screw them onto your light stands. I did this, and it works fine:

Each of my cheap ball-heads cost about £15 with shipping. They're not strong enough to hold a camera of any substance (even though I push my luck with cheap tripods and my Kiev 88 or Nikon D2Hs), but they are more than tough enough to hold any flash gun with a softbox. Depending on your light stands, you may need a 1/4" to 3/8" adapter for these, which cost a couple of quid for a pair. 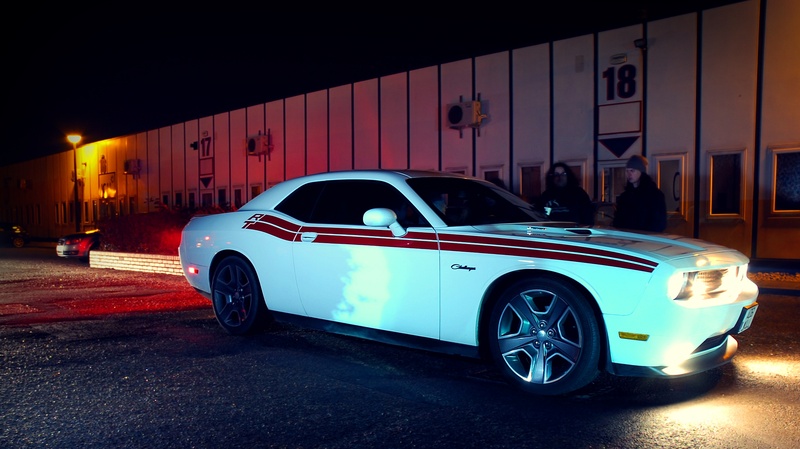 The receivers take two AAA batteries and the transmitter uses a single CR2.

These things use very little power, and none when turned off, so don't be afraid of using the cheapest Poundland batteries in them.

The switch on the transmitter is way too small for my liking. Otherwise, they feel great.

These Yongnuos fire reliably, with one caveat: Mine do not work reliably at the 1/250 sync speed of my Nikon SLRs. A small slice of the bottom of my photo ends up blank, as if I had tried to shoot beyond the camera's rated sync speed.

I have never used them at their rated distance of 100 metres; I've used them at 30 feet, where they worked fine. 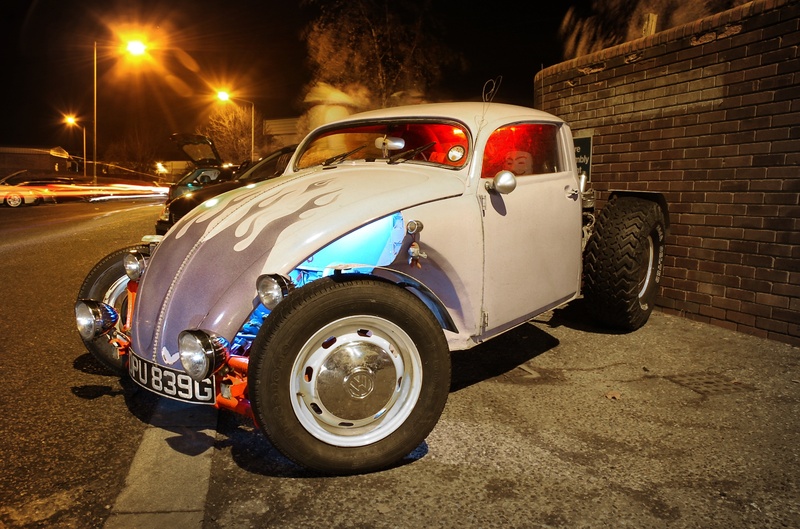 I prefer radio triggers to any other means of firing off-camera flashes in the field, but I am aware that I am an edge case.

I bought these for shooting outdoor events at night, with flashes often some significant distance apart, which, combined with the presence of other people, makes PC cords impractical.

Having other people around meant that flash-triggered remotes would result in my flashes firing any time someone else shot using direct flash! This isn't a mere inconvenience with the powerful 1980s flash guns I use; having one of these fire on full power when you're not expecting it is nearly blinding in dim light.

There's very little risk of someone accidentally triggering these radio triggers, and even if you did find yourself in the unlikely situation where someone else was shooting with Yongnuo remotes, there are four switches that allow you to work with 13 other flashes in the area. (I'm surprised it's not 16, which is 24, which is what one would expect with four switches with two positions.)

I like the manual trigger button on the transmitter; it means if I'm shooting in situations that require long exposures and more flash power than even my Nissin 360TWs will give me, I can manually fire them multiple times over the course of the exposure. This button works something like a camera's shutter button; a half press will get them to talk to each other, and a full press will actually fire them.

Oddly, my receivers seem to have additional pins that match the extra pins on the hot shoe of my Nikon cameras. The manual says nothing about these triggers doing TTL, so I don't know what these are doing here. My entirely speculative view is that these might be here to fool Nikon flashes into thinking they are attached to a camera.

Nearly everyone using off-camera flash will be doing it using manual flash guns, or at least with their automatic flashes in manual mode, so this doesn't matter.

You get what you pay for with these. It's pretty much what I expect from Yongnuo, a company that makes a lot of very, very cheap stuff with blah plastic build quality that usually works very well (my YN-565 EX II does not, a subject of a review to come). Be gentle with them and they will treat you well in return.

Just remember, if you get these, you will need to to factor into your budget £30 or less for a pair of cheap tripod ball heads.

Here's how I deploy my Yongnuo remotes. I'm doing this as cheaply as I can and I'll probably upgrade this stuff, but here's where it stands for now:

Hooray, £140 gets you a half-decent off-camera lighting setup that'll cover you for a whole bunch of shooting. This isn't a lot more than one of Nikon's cheapest flash guns.

All of these prices are variable, and often downwards. You'd have to be impatient like me to spend £20 each on Nissin 360 TWs; you can save 30 quid by heading to a car boot sale and picking up some other 1980s manual flash gun at a fiver a piece. And I've listed tripod ball heads at £15 each because those are the ones I got; I've seen what look like perfectly serviceable (for holding a flash gun) metal ones selling for less than a tenner. As I said, variable; smarter people than me would use these savings and spend them on heavier-duty stands or beer.

Thanks to Alex for being my lighting assistant, and for literally holding one of my flashes where I wanted it to be after the thick foot shoe of a Yongnuo receiver broke one of my light stand heads.

Extra-strength thanks to Nicole for proof-reading this and pointing out egregious grammatical errors. :)