This is Fujifilm Neopan 400CN, a black-and-white film designed to be processed in the standard C-41 colour negative film process. I'm a big fan of these easy-to-process black-and-white films for snapshots of family and friends; they look great and I can get it developed just about anywhere at very little expense. I'm an even bigger fan of this one for now, since it sells for less than XP2 and BW400CN.

The two other C-41 process B&W films are Kodak BW400CN and Ilford XP2, and Neopan 400CN is very, very close to the latter. Actually, Fuji say that 400CN is "modelled on XP2", with "characteristics that are distinct from the Ilford film". Alrighty then! 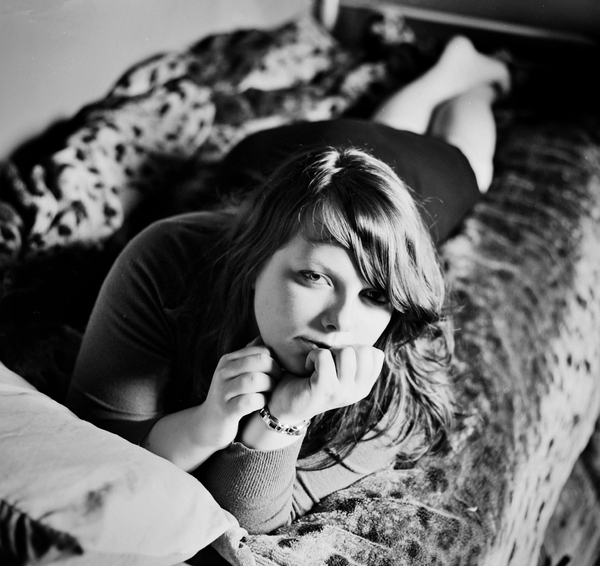 As I write this, it's available in 120 and 35mm formats; no big ones like 4x5. For medium-format shooters who burn through a lot of film (I'm not one of them), I'd consider hoarding as much of this as possible if you find yourself really liking it; the wedding market for which this film is a natural fit has largely gone digital, and I suspect we only have so long before this is discontinued in 120 format just like Kodak BW400CN was.

It's a C-41 colour negative film, which means you can get it processed just about anywhere you can get colour negative films developed, unlike real silver halide black-and-white film; on the other hand, with the nasty chemicals and temperature regulation that C-41 requires, it means you probably don't want to do it at home, unlike real black-and-white film. (On the third hand, Steven Schaub of has processed Kodak's BW400CN in the Caffenol process; I dare say this will work fine for Neopan 400CN, and doesn't require particularly nasty chemicals, either.)

Developing is one thing, but scanning is another. The negatives have a slightly red-purple tint about them, rather than the orange base of Kodak BW400CN. Beware: this might send certain minilabs beserk. My lab hinted that 400CN doesn't play nicely with their ICE (dust removal) on their Agfa d-lab scanner; it has to be scanned as a black-and-white film to work right, which automatically disables ICE (because real silver-halide black-and-white negatives contain silver particles that reflect the infrared light used for dust detection just like dust particles do). This isn't any problem to spot out in post. 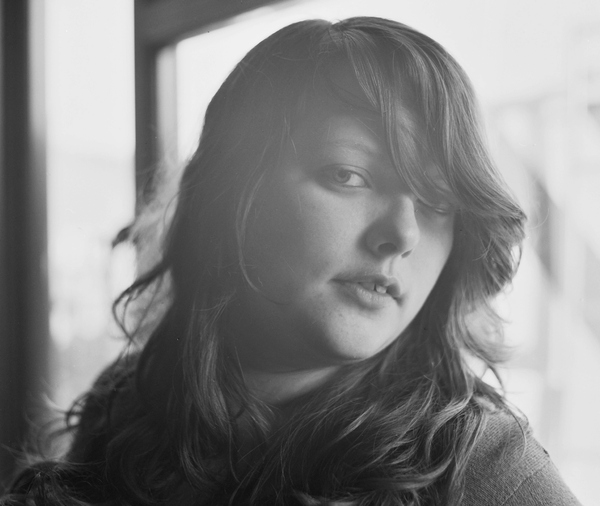 How Neopan 400CN will depend far more on your scanning and/or printing than it will on the film itself. See this. With that said, I like it. Contrast is rather pleasant; not too punchy, not washed-out as my BW400CN scans tend to look (this could have more to do with my lab's scanning than the film itself). Grain is nice, too, to my eye. Not super-clean, even at sensible enlargements from 120 format film out of my Kiev; For the emulsion-peepers, here's a straight-from-the-scanner snapshot in 120 format:

Caidoz again with the face-eating, beaten-up digital SLR from hell.

Enormous. Fuji say it can be shot at anything from ASA 100 (2 stops overexposure from 400) to ASA 800 (1 stop underexposed). This is a typical conservative manufacturer rating for exposure latitude; the real latitude is far higher than this, I suspect. Put another way, all the shots I have here were made by trusting my Kiev 88's crappy TTL metering finder, which is roughly as accurate as sunny-16 guesswork. Even then I know I totally screwed up the exposure on one of them by forgetting to stop down for the shot, and it was nothing that didn't come out in the wash during scanning or printing. 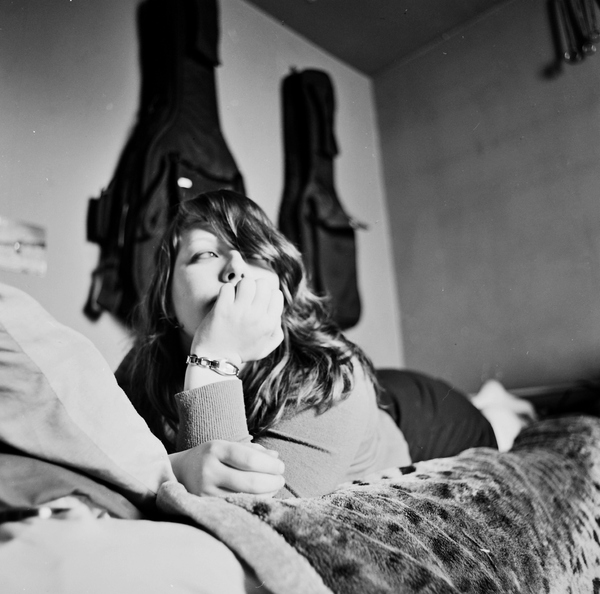 Fuji don't give any give any reciprocity data for the film, so I'll presume its reciprocity characteristics are somewhat similar to the XP2 on which it's based. For shooting in daytime, you're golden (there are no issues at speeds of 1 second or faster). For you night shooters, here's Ilford's curve for XP2:

This isn't too hot; it shows that a metered speed of 10 seconds will more-or-less require a 30 second exposure, which is the maximum which most common electronic SLRs will be able to time out automatically. You'll need a cable release and a Bulb mode to get longer exposures than this. That and its even more extreme compensation required for longer exposures means this probably isn't a film for astrophotographers or those that like shooting in the middle of nowhere at night with no light at all, for all I know.

This will be fine for urban night shots, though, if you can tolerate the slightly longer exposures. If I had thought to test this out, I'd have used f/8 at about 8 seconds for a brightly-lit street scene, f/8 at 5 seconds for a dimly-lit street scene, and maybe f/4 or f/5.6 at 5 seconds for distant lit buildings in the dark. 400CN's exposure latitude will probably take care of any gross exposure errors I've made while guessing this off the top of my head just now.

So there are my early experiments with 400CN, which I think came out rather well; perhaps slightly less punchy than XP2 and a bit more so Kodak BW400CN. On the other hand, I seem to find far less difference between C-41 process black-and-white films than other people on the Internet manage (honestly, I wonder how many of them could tell the difference between them with identical subjects, identical exposures and identical scanning settings). In fact, any variation in scanning will probably wipe out any differences between them, other than the perhaps-slightly-finer-grain of BW400CN. I wouldn't hesitate to shoot any of the other two instead of Neopan 400CN if I found some of the former going really cheap.

With that said, I love the look of Neopan 400CN and it currently sells for a few quid less than XP2 in medium format, so I'm going to shoot more of it in future.