"Why are you taking photographs of that?" 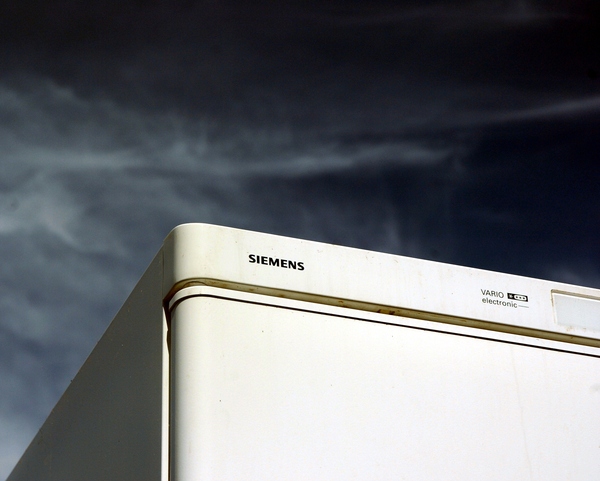 Siemens. Beat-up Nikon D2H with 18-70mm DX at about 60mm and a Tiffen polarising filter to darken the sky.

I get asked that question quite a lot, and it's not even an altogether bad one. The shot above is actually a dead fridge which I challenged myself to make a good photograph of. Here's something I wished I'd learned twenty years earlier than I did:

Subjects are never what you think they are.

Subjects don't exist as such (I'm lying for the sake of simplicity here; it's only true for people who primarily photograph still things as I do). The best of my photos have been the ones where I've reduced things to a couple of shapes and bright colours, and never have I had a really good one of a "subject" (see my crappy people photography).

The genius Ken Rockwell sums it up perfectly:

What a subject does in real life is irrelevant. In a good photo, subjects are chosen to provide the shapes or colors we want to lay down the basic design of an image.

One time, I noticed how fucking cool road signs are: 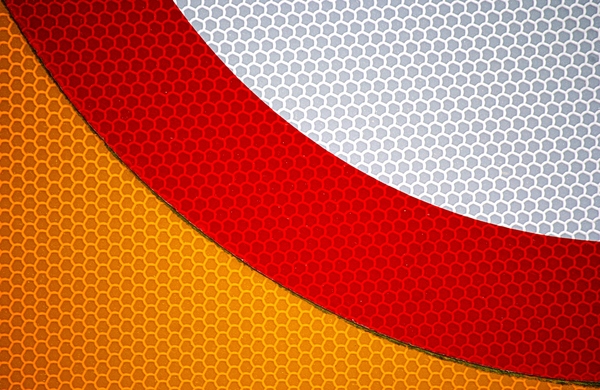 Bam. Bright colours, textures, shapes, the works. This one was actually a speed limit sign. Here's another: 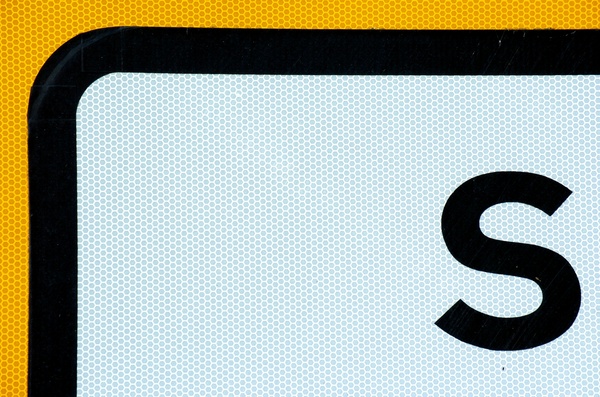 I used something relatively long for this one, and not just because that's what I had on the camera at the time; I had to stand at a slight angle from the sign. If I'd have gone wide I'd have been at a much sharper angle from the sign, which would have necessarily included some of the background into the shot, which would have ruined its simplicity. Look too hard and you'll notice the 55-200's barrel distortion.

Something that was very helpful to me when I started shooting seriously was that the widest lens I had for my D30 was a Pentacon 50mm f/1.8 mounted via an adapter. Having a focal length of about 80mm meant that I had to think very, very carefully about composition, since it was way too long to get any real "subject-oriented" photographs. Here's one from the D30: 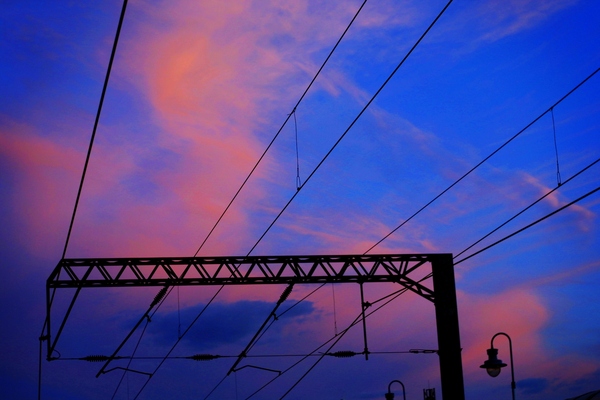 In daylight, these would have been some overhead railway power lines. In the right light they're a bunch of great shapes set against some awesome colours. I wonder how much of the HDR trap is people trying to photograph subjects in boring daylight rather than looking for shapes and colours in great light. (I almost headed out right now to go back to the same place and get the same photograph in HDR in daylight to prove my point, but you're not here for crappy photography and besides, I'd feel dirty.)

On the subject of a 50mm lens on a cropped sensor: 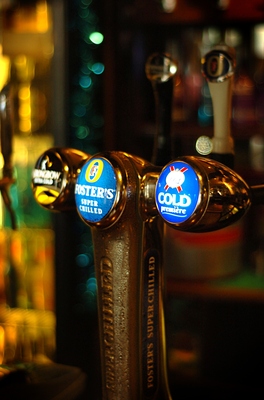 So I was in a pub on my birthday in 2009 and I was with my friend who asked me why I was taking photographs of the pumps (hey I'm back on subject here, fuck yeah!). At first I was like:

But yeah, maybe it wasn't such a bad question. I could have done the easy and obvious thing, gone as wide as I could and take a boring snapshot of the pub. This caught my eye, though. Lovely, bright colours backlit by a whole lot of other lovely bright (and warmer) colours. Feels comforting, like a pair of old slippers. I stuck it in aperture priority and shot it with the lens wide open so that I could get a fast enough shutter speed at ISO 200.

Like I said. Look for the colours and the shapes, not for a subject. 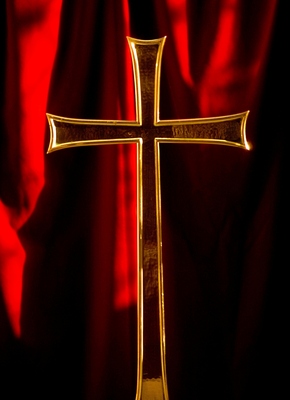 I was in a lovely little church at the time. The easy option: zooming way the hell out on the 18-55mm I had with me at the time and taking three fucking shots of the same thing so I could make an HDR of the place. That would have been boring, but I did notice this lovely cross. Again, it's all about the colours and contrasts here; the deep-red material with its lovely dark shadows behind the golden cross. Churches are very beautiful.

Get on your feet or you won't see this stuff.

I can't stress this enough. I sometimes spend upwards of 10 hours on my feet and come back with much of a roll full of good shots and many winners. If I had been cycling or (God forbid) driving I would not have seen any of the shots you see here.

What is this I don't even

Sorry, I'm rambling. My point, if I had one: if you're in a rut, look for the most basic forms and get a shot of them. People won't understand why you're taking a photograph of a sign or the pavement or anything else, but ignore them.