Everything you've learned from photography websites is wrong (including this one)

Of course, someone's going to take that literally and write me to tell me that there are probably pages out there that agree with me, so here goes: I don't mean literally everything. You can sleep well now, without writing me, after you've ensured that all of your pencils are lined up with each other. So, I've noticed a whole bunch of pages cropping up talking about typical "beginner mistakes", or "things beginners need to know", and so on, mostly on tech/gadget sites and making a "top 10" list of these mistakes on your blog is a great way to get a bunch of hits and ad revenue from people who find it hard to deal with anything that isn't a neat numbered list.

(Actually, I almost called this piece "Top 10 photography mistakes of 'Top 10 Photography Mistakes' lists", and I still wish I did, but I don't have the attention span to write 10 things.)

Anyway, I see the same old tired things come up over and over again, and they are all wrong. Here they are, but first, a picture of a cat: 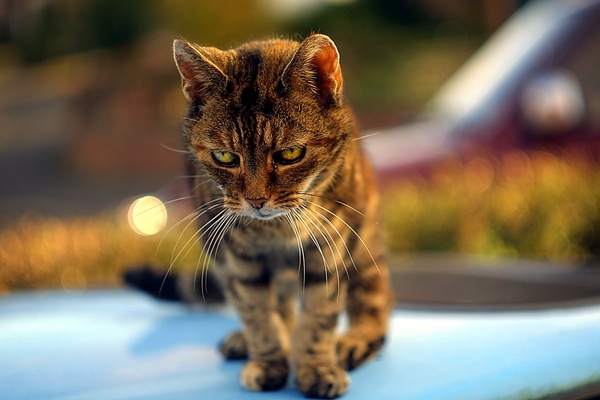 You need to shoot in fully manual mode

Not really. The 1970s happened for a reason, namely, that having to set your aperture and shutter speed manually is boring. Hey, if you want to disagree, I have a 1938 Ensign Selfix you can borrow any time. But that doesn't even have a meter! Well, exactly! If you're using your meter to gauge your exposure why are you making life harder for yourself by setting things manually?

Yes, there's a limited place for shooting fully manual; if you're one of the people that needs to do this, then I don't need to explain to you what this place is.

Better advice: Avoid the "Auto" mode on your digital camera (which usually locks out important settings and does rude stuff like popping the flash without asking). Use P, or one of the semi-automatic modes if you have a good reason to. Or use fully manual if you really know what you're doing! But don't think you should make life harder than it should be just because manual mode is "where the pros live".

Okay, they don't actually say this, but seriously, go to almost any gear website and fuck me. Has anyone else noticed that on almost all those sites, the sample images are totally boring? My mum regularly takes better photographs even though she barely knows how to use a camera! The beginner will come to one of three conclusions:

Better advice: The sample pictures on most photography websites are boring because their authors are in a rush to get articles written so that they can be among the first to write about the cameras they're using, to get more hits, and therefore to get more ad revenue. It's the same reason most sites hit you with twelve books' worth of specifications, rather than awesome photography. Go out with whatever camera you have and take photos that are not boring.

(Yes, I'm calling it "raw", not "RAW", because "RAW" is not an acronym. Neither is it a file extension, which might justify capitalising it; Canon use .CR2 and Nikon use .NEF.)

I initially titled this section "You need to shoot raw". I realised that my objection isn't with telling people to shoot raw, it's with people that actually like arguing raw vs JPEG on the Internet. To be clear: I totally understand the benefits of shooting raw, even though I often prefer JPEGs for the things I shoot with digital cameras and I'm actually falling asleep thinking about this and I'm going to stop.

Better advice: Shoot whatever you like and don't bore other people with your personal preferences. 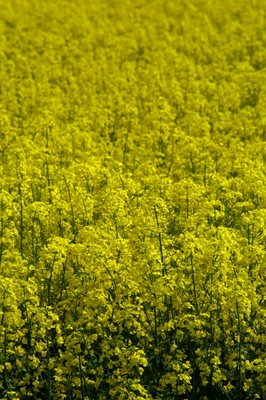 I'm cool enough for a digital SLR, and you are not.

Too many folks see that the price of digital SLRs are becoming so close to point and shoot models that they assume the learning curve will be similar.

I hate to be harsh on this guy, since he's probably a better photographer than I, but this is wrong. Digital SLRs have exactly the same number of critical settings as their point-and-shoot siblings. You need to set white balance, exposure compensation, ISO, and (under the less-automatic-but-still-automatic modes) aperture or shutter speed on any camera. Digital SLRs just make it faster to adjust those settings. (I'm not counting Nikon's very cheapest digital SLRs like the D3000 and D5000, which require you to dig through menus to get to important settings like ISO and white balance, just like point-and-shoots. Just-as-cheap SLRs from Canon and Pentax have direct buttons for this, as they should do.)

Better advice: Get a digital SLR if you can afford one; you'll love their speed of operation and their brutally fast and accurate autofocus. You definitely need one for fast-moving subjects. But this has nothing to do with their alleged complexity. If all you have, or can afford, is a compact, or the phone you already have, then don't worry about this. Take photographs! 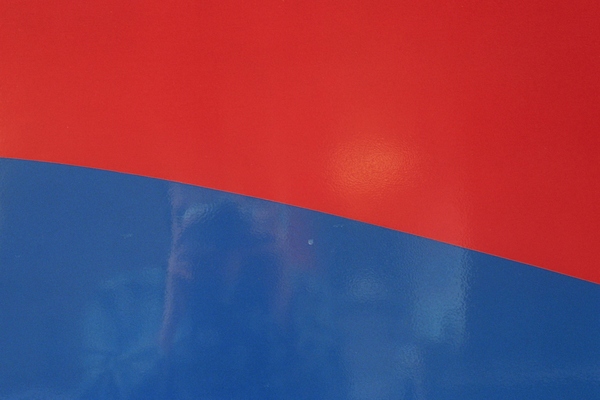 You need a pro camera.

This so often comes up in the context of people asking advice on buying a real camera, or less often in the context of buying a digital camera, so here it is: If you're not a gear-abusing idiot, you will not break your camera. Even if you are a clumsy, gear-abusing idiot like me who drops plastic cameras onto concrete, you will not break your camera. I promise.

Cameras like the Canon F-1, and the single-digit F and D series Nikon cameras (like my beaten D2H), are designed to take the worst abuse that professional photographers can throw at them. This includes people who work in war zones who have to dive to the ground to dodge bullets and RPG rounds, with the camera around their neck. It means people who are out there crawling around in mud taking pictures of birds, in the rain.

You are not doing that. Well if you are, then go for it. But if you're just wandering around in any place trying to find great shots where A-10 strikes aren't going to happen any moment, then go for any cheap-ass SLR you can. I've gotten as many winners-per-roll as I have from any other camera from my stupid plastic Nikon F55, for which I paid a third as much as I did for my last camera strap, and about 13 times less than I did for the lens I attached to it.

Better advice: If you're shooting a real camera, get the cheapest plastic piece of crap that you can find. It'll work exactly the same, and you won't mind carrying it as much. 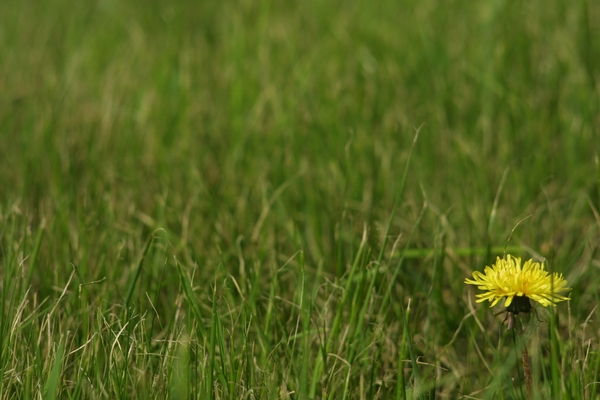 Dandelion. Shot with a Canon EOS D30 and Pentacon 135mm f/2.8, and no tripod, because tripods suck.

You need a [good] tripod.

Man, Thom Hogan loves this one, and you should probably listen to him rather than me because he's an awesome photographer and I'm not. But if you're silly enough to listen to my opinion: meh. Did you know that, before I got my Kiev 88, precisely three of the pictures in my gallery were shot on a tripod? Out of those three, did you know that two of them were shot from a £15 plastic tripod, and that the other was on a borrowed pseudo-branded 1980s aluminium one? Did you know this was shot hand-held on ASA 50 film at last light with a slow 28mm f/2.8 lens? Do you care? You shouldn't, because I don't.

Better advice: Hey, buy a tripod by all means. Leave it at home if you're shooting in daylight, because tripods are weight, and weight isn't fun. If you must take one, take the cheapest, lightest tripod that'll support your camera. 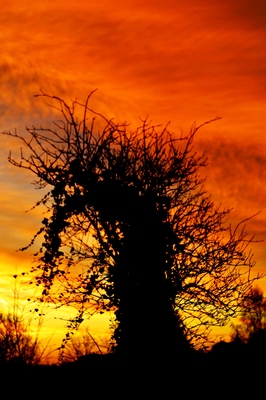 How about this: try picking up any glossy colour sports magazine from about 2001. Look good? Guess what! They were shot on "obsolete" digital cameras, probably a Canon EOS 1D, or a 2.7 megapixel Nikon D1. Same for much of the wildlife photography from the era. Were the results great then? Do they still look good to you now? Do the results stop looking great just because they are "obsolete" by several generations?

I've had a couple of people asking me about why I write about old stuff. Well, partly because I don't like spending money, partly because I find it amusing, but also because I'd like to think the results I get from old crappy cameras are good enough that people might stop and think before blindly buying stuff just because it's new and/or not terrible.

Better advice: If there's something older that suits your needs better on your budget than a new camera does (I avoided Nikon's cheapest new cameras just because they don't have ISO and white balance buttons and ended up with this heap of shit), then don't worry about the fact that it's obsolete. I'm not saying you shouldn't buy the latest and greatest. By all means go right ahead, if you can afford it and the camera does everything you need. But don't get forced onto the upgrade treadmill.