I love the Nikon D70. It was Nikon's first truly affordable digital SLR. It is also a bargain on the used market in 2012; for less than the cost of the 16gb version of the Lytro gimmick camera you can get a working SLR setup with two lenses that still gets astounding results, especially for shooting people in daylight, if you know how to use it.

The much worse D100 was the first amateur SLR, at $1,999 US. This was Nikon's second practical digital SLR camera.

Canon's 300D, about a year before the D70, was the first cheap digital SLR made by anybody.

The D70s replaced the D70. It had a slightly bigger screen and slightly wider flash coverage. It is pretty much the same camera.

The grip is hard rubber, not soft rubber like professional cameras. It makes the camera less comfortable to hold, which is bad, but it does not expand or slip over time, which is good.

Don't worry about 6 megapixels. 12" lab-printed prints on real photo paper look perfect. 18" prints will look great. Massive prints will also be fine because real people do not stand inches away looking for imperfections. A sharp 6mp source file is enough for just about anything normal people do, and is infinitely better than a bad source file with more pixels.

A bigger deal than the lack of megapixels (by 2012 standards) is that the camera can simply turn the sensor on and off at fast shutter speeds. Therefore it has a flash sync of 1/500, or up to 1/8000 with a flash that doesn't communicate with the camera, which no SLR made today can do. This is a huge deal; for fill flash for portraits in daylight, you only need half the flash power and can shoot at an aperture one stop larger to make backgrounds disappear even better. We'll get to that later.

The meter is just about perfect, most of the time.

I often shoot the D70 with -0.3 or -0.7 exposure compensation because I'm paranoid about highlights.

The active point is outlined with a thick black line. The active AF point flashes in red in the dark; unfortunately the finder flares like hell when this happens and it's really hard to tell which point has been selected.

All Nikon autofocus lenses work great on the D70.

Old D-TTL flashes won't work properly, which is fine because D-TTL never worked properly even on the cameras on which D-TTL was officially supported.

Manual focus lenses won't give you metering. Carry an external light meter, or guess it.

Autofocus, as it is on every Nikon camera, is always accurate.

"Accurate" means it always focuses where you tell it to, accurately, not that it will always focus where you want it to. Newer cameras are intelligent enough to automatically focus on eyes for portraits. The D70 does not do any of these tricks; you'll have to use your AF lock.

Autofocus is not as fast as a professional camera like a D3, D2H, or even the D1. It's still more than fast enough for anyone that is not shooting sports. 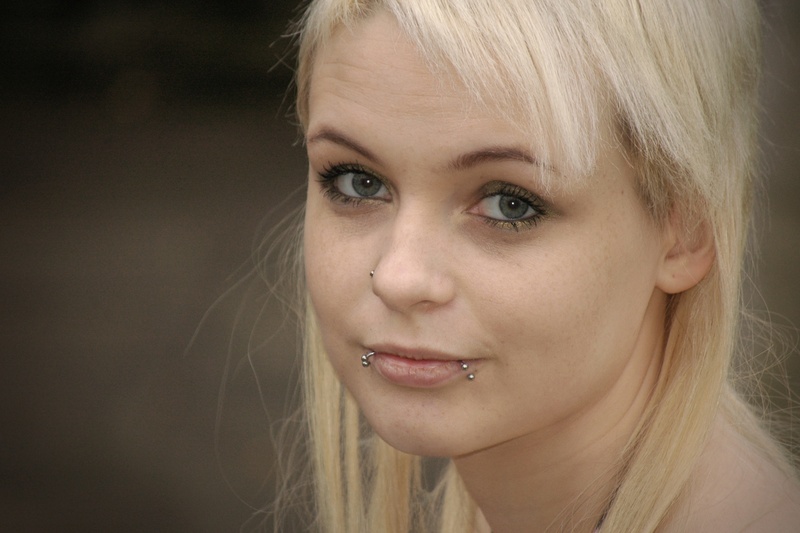 The D70 has a little pop-up flash. It'll also give you every kind of automation with i-TTL flash guns.

Outdoor fill flash, which is where I most need flash on digital, works perfectly, and with the 1/500 sync, you can shoot at wide apertures to make backgrounds disappear and save on flash power, and probably skip an external flash.

The built-in flash is less good for nuking subjects with direct flash indoors. In these situations, I'm using flash exposure compensation all the time. With the ugly light that comes from energy saving lighting used just about everywhere these days, I more often than not find myself bringing any big 1980s external flash gun and nuking the room at full power with bounce, shooting at small apertures and fast shutter speeds to overwhelm the awful ambient lighting; therefore, it's mostly irrelevant to me how built-in flashes perform indoors.

Because of the small size of the D70, the built-in flash is close to the lens so you're likely to get red eye.

With the kit 18-70mm lens and hood, I notice that the flash is not enough to cover the whole frame at the 18mm end with the built-in flash. Outdoors this doesn't matter; indoors, I'm still all for nuking the whole room.

The battery is superb; I get 1000 shots, or more, on a charge. As you're only running at 3fps, this is exactly like getting 3,300 out of a charge if you were shooting a D4, or over 2,600 out of an 8-frames-per-second camera. Given that my D2H, before I killed it, went so long on a charge that I always forgot to charge it, this is awesome.

As I'm usually shooting still subjects, I never need a spare battery, or even to charge it very often.

Nikon made no vertical grip for the D70, nor was one possible; there is no interface for a grip to trigger the shutter or for command dials. This is probably to cut costs, but also (conspiracy time) so those of us who insist on being seen with a Big Serious Camera couldn't just get a D70 and stick a big vertical grip on it. Some third parties have gotten a vertical shutter release to work using the D70's IR remote capability, which I'd expect to be flaky, and still won't give you the very-important command dials.

The D70 has fewer buttons than professional cameras. White balance and ISO are shared with playback buttons, so you can't change those settings during playback. A half-press of the shutter gets you out of playback mode, so one quickly learns to deal with this. It's still much better than today's cheapest Nikons, which do not have any ISO or white balance buttons at all.

Raw+JPEG shooting only allows you to shoot BASIC JPEGs. Annoying limitation; I like shooting RAW+FINE on other cameras, get my JPEGs mostly right, then resort to the raw file if I screw something up straight-from-the-camera.

The D70 was 2012's biggest bargain in the used digital SLR market. If you don't drop it and if you know how to use a digital camera properly, the results can be astounding. (If you don't know how to use one, your results from the D70 will be bad, just like they would be from a £5000 D4, but at least the D4 won't break if you drop it.)

You can pick up a body for less than £120 used, if you look around. A real pile will cost you less than this.

If you're just starting out, get the Nikon 18-55mm and 55-200mm VR. They are two of Nikon's cheapest lenses which are also the two most useful lenses for DX-format SLRs. If you shop around and get one of the lenses used, less than 300 quid including the camera will get you a setup that'll cover you for just about everything that does not move and a lot of things that do. (Neither of these lenses will autofocus fast enough for consistently great results for sports photography.)