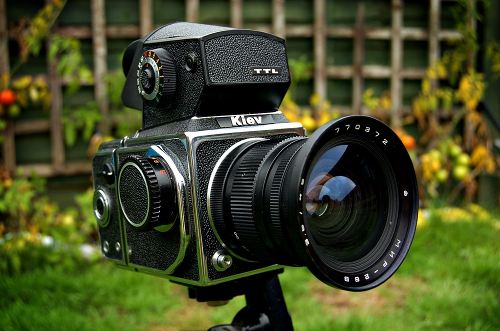 This is the Mir-26b, a nice, chunky, all-metal wide-angle lens designed for Kiev's medium-format cameras, available for both the Kiev 88 lens mount and for Pentacon Six cameras. It's my personal default lens for my Kiev 88. 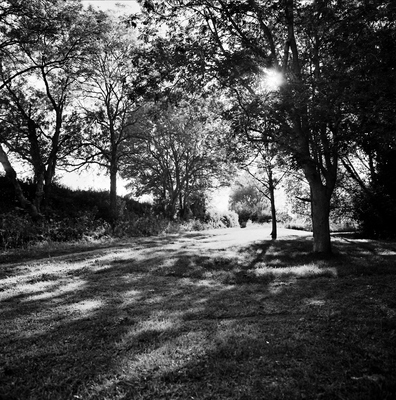 Hey, I love my Ukrainian friends dearly, but it might not be a good idea to let guys in a Ukrainian armaments factory make a camera lens for you. The usual warnings about sample variation should be emphatically emphasised for anything coming from the Kiev Arsenal.

Anything I say only applies to the Mir-26b lens with the serial number #770372 (meaning a build date of 1977, making this an actual, honest-to-God Soviet lens!). It may or may not apply to your Mir-26b. Yours might be worse, exactly the same, or far better.

This is as wide as you'll get non-distorting lenses on your Type B-mount Kiev 88; the only wider lens than this is the Arsat 30mm fisheye. There are wider lenses than this for Pentacon Six mount Kievs, but you're not going to be paying less than a hundred quid for one. 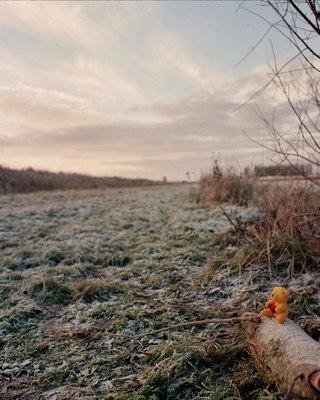 The Mir-26b has a massive 82mm filter thread. If there's one (ha ha) gripe I have about the Kiev system, it's that all of my lenses have different filter threads. This isn't the same as the 65mm f/3.5, which is again different from the Arsat 80mm f/2.8, so you either 1) mimic the effect of filters in post (my preferred option, which might surprise those of you who know me as the HDR Sucks guy) 2) buy three lots of filters 3) buy a bunch of step-up rings. Noooo!

This is not as bad as it seems. For one, if you're shooting a Kiev 88 (a big, heavy beast with the ergonomics of a stinging nettle), you're probably shooting still subjects from a tripod, so you don't mind the longer shutter speeds that come from stopping down. For two (?), if you're shooting to blur the background, you don't need to shoot wide-open like you do on 35mm and digital SLR cameras. I explain the latter in my article on background blur.

Remember, because of the larger format, the Mir-26b only needs to resolve half as well as the very best Nikon, Canon or Leica lenses to be about as sharp at any given enlargement. 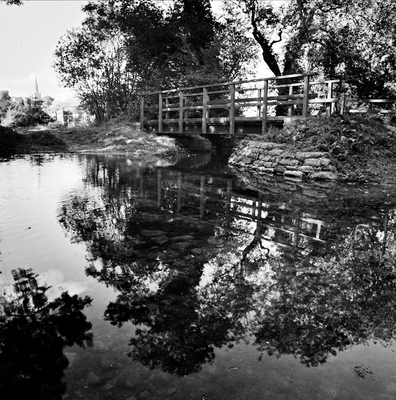 Bokeh is pretty ugly; defocused backgrounds turn into ugly, weirdly-shaped blobs. Here's a crop from a shot at f/3.5 (or maybe f/5.6):

It gets weirder if you look at the full-sized shot.

See how the defocused background appears to be spinning? That's caused by the blobs being a weird shape, due to optical vignetting (Paul van Walree covers it here). Weirdly, the foreground looks much more pleasant than the background does in this shot.

If you're shooting down at f/11 and smaller all the time, then you won't notice this.

Just like my Arsat 80mm f/2.8, flare is quite atrocious. The placebo lens coatings don't help you here. My Nikon and Canon lenses require actual effort to make them flare; the Mir-26b does it by being used anywhere in the solar system. No big deal; that's what hands were made for, and lens flare is underrated, anyway.

There's some serious chromatic aberration wide-open; bad enough that you can see it in the viewfinder. Stop down to f/16 if you're the kind of person who hates not being able to photograph television aerials against a bright sky, or window frames from the inside.

"Mir" is a romanisation of Мир, which means "Peace" in Russian.

This lens is iffy. The aperture ring on mine feels like a worn-out plastic toy. The focus barrel on mine is stiff until the 2.5 metre mark, then goes soft and nasty over to the infinity mark. Depending on how I turn it, I can get soft spots like these to randomly appear elsewhere in its travel, too.

The kind of people that worry about this aren't shooting Kievs, so that's okay. If this really bothers you, buy a Hartblei one, which might be slightly better-adjusted for all I know. 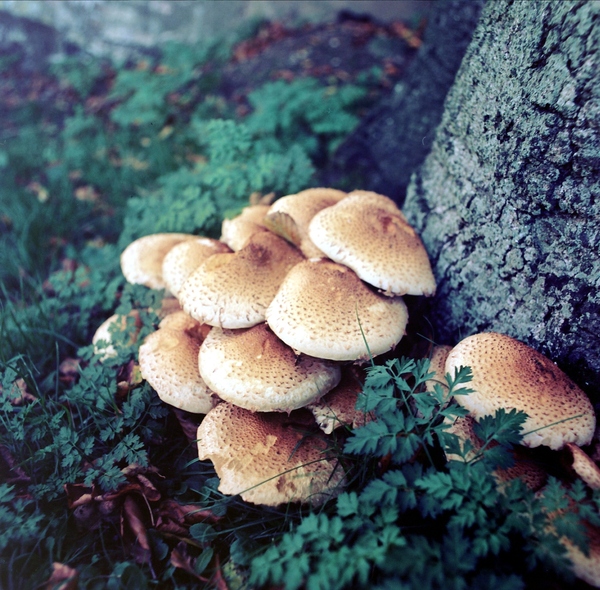 Use on other cameras

Hartblei make adapters for fitting these to various digital SLRs. I don't know why anyone would do this; a 50mm f/1.8 from Nikon or Canon is smaller, lighter, and optically and practically superior, for about the same price used as the adapter alone.

Because of what I shoot, the 45mm is my default lens for my Kiev 88. Ignore the technical nitpicking; shoot it at f/8 to f/16 all the time and it's fine. I got one with my camera, but it would have been the first thing I bought if I did not. You can leave your 65mm lens at home. These aren't especially common these days (and will become rarer given that the Kiev Arsenal camera factory closed in 2010), so if you have a Kiev 88, don't pass on the opportunity if one comes up on eBay.

Hartblei sell them new for $185 US, if you're that way inclined. Arax used to, I think, but they appear to be out of stock.